4 Signs and Symptoms of Gum Disease 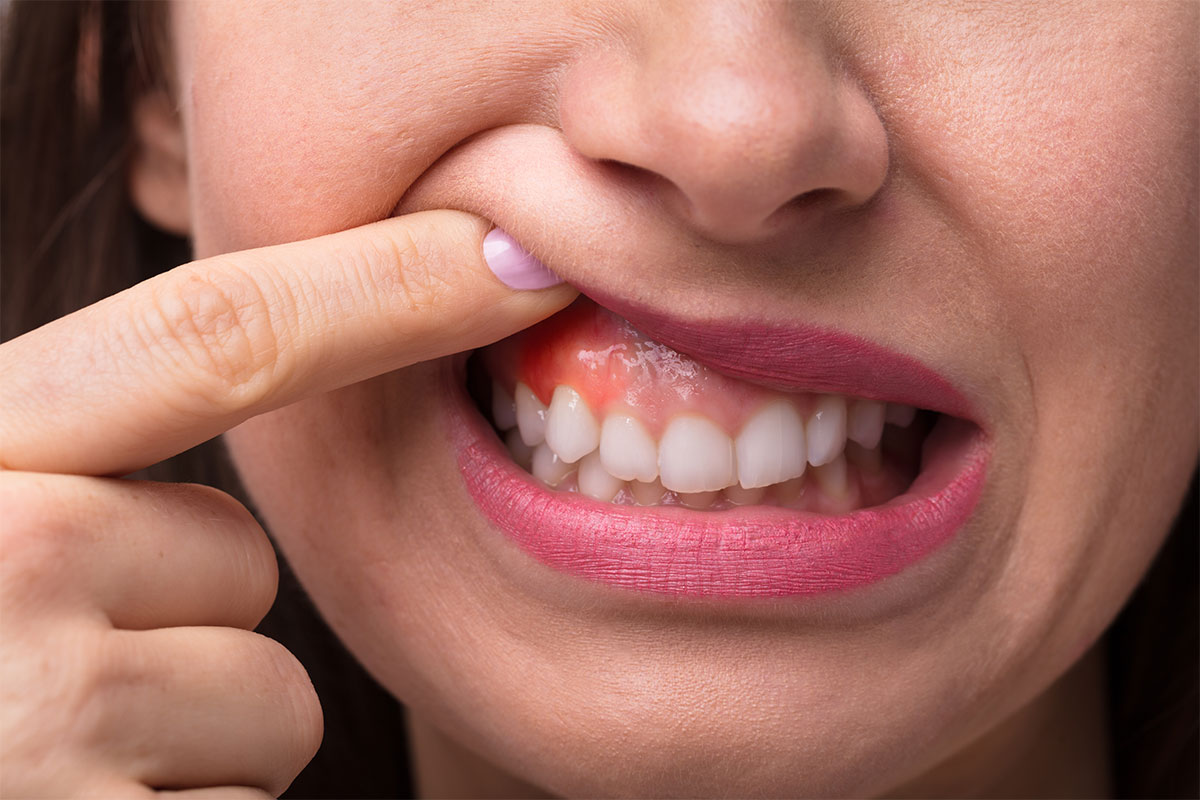 Proper dental hygiene, including brushing, flossing, fluoride use, and regular dental examinations and cleanings, is necessary for more than just cosmetic reasons. One of the consequences of not taking good care of teeth and gums is gum disease, which is also called periodontal disease. There are three stages of this disease, and if it is caught early enough, steps can be taken to prevent it from getting worse. Unfortunately, the disease is irreversible. If it remains untreated, the results may include infection and tooth loss. While pain and visible symptoms do not always accompany the early stages of gum disease, certain factors exist that encourage the progression of the disease. Identification of those issues will enable interventions to stop the disease from advancing.

Gingivitis is the earliest stage of gum disease, where plaque on the teeth hardens into tartar and begins to accumulate between the teeth and on the gum line. In the early stages of gingivitis, a patient may not notice any symptoms, but a dentist will be able to catch them during a professional exam. Gingivitis is treatable with good oral hygiene and professional care. However, once the disease begins progressing, it develops into periodontitis, which is a more serious condition with signs and symptoms that become obvious to the patient.

Changes in the gums are the main signs of periodontal disease. In the earlier stages of gingivitis, the gums may be irritated, inflamed, puffy, and feel tender to the touch. The gums may also change color, appearing purplish, bright red, or dusky red.

Periodontal disease causes gums to bleed more than usual. While occasional bleeding gums may occur from over-zealous brushing, using a hard-bristled toothbrush, or flossing too deep, gums that bleed frequently or easily may be cause for concern. Watch for a pink tint to the toothbrush after brushing, or for blood in the sink when spitting after brushing or flossing. Healthy gums should not bleed regularly.

While pain is not a symptom of early periodontitis, as the disease progresses, the gums may become painful. The more severe stages of the disease also result in gums that pull away from the teeth, causing teeth to appear longer than normal. As the infection worsens, a patient may also notice a pus-like discharge from the gums.

Most people experience bad breath at some point, but if someone has persistent bad breath, this may be an indication of gum disease. This disease occurs due to a buildup of bacteria around the teeth and gums. These bacteria release gasses that cause smelly breath. In addition, blood in the mouth from bleeding gums can result in a persistent bad taste as well as bad breath.

As the periodontal disease gets worse, and the gums pull away from the teeth, the roots of the teeth begin to be exposed. Because they are not protected by enamel-like teeth, they are sensitive to cold and hot temperatures. There are numerous causes of tooth sensitivity, but it can also indicate the disease of the gums.

When teeth roots are exposed for some time, the teeth lose stability. The toxins released from tartar beneath the gum line also attack the bone and supportive connective tissue in the gums. This may result in loose teeth, which can cause changes to your bite as well. This sign indicates late-stage gum disease. If a patient reaches this point, it may be too late to save the tooth, and it would possibly need to be extracted. Surgery is an additional treatment option that may be necessary for the more advanced stages of periodontitis.

Anyone can be prone to periodontal disease, but certain factors increase the risk. Smoking is one of the biggest ones, as smokers develop gum disease twice as often as non-smokers. Other factors include genetics, hormone changes in females, diabetes, certain illnesses and their treatments, and medications that reduce the production of saliva or cause gum tissue overgrowth.

People who have any of these risk factors may want to visit the dentist more often than the recommended twice a year. This improves the chances that gum disease will be caught and treated right away.

Untreated gum disease can lead to a variety of unwanted dental consequences. Periodontitis can be avoided with proper dental hygiene and regular professional cleanings and examinations. It is important to know what the signs are so treatment can be sought before the issue affects important life functions.

Back to Blog Page